It must be close to dawn, though I cannot see any light from this nasty little cell. I have been here for almost a day. Tomorrow I will be tried, and then hanged. I can hardly believe it. What an ending for such as moi! What a disgrace. What a waste of my beauty and my talents!

My cell is alive with fleas and bed bugs and every other sort of vermin, but I am too depressed to kill them. Besides, I have iron manacles on all four paws, and can barely move.

There will be no 21-gun salute now. They probably won’t even give me a decent funeral.

I hear whispering outside the bars of my cell, and do my best to ignore it. The vampire mice have kept me company during the night, making a great joke of my fate and declaring that once I am dead, the lieutenant governor’s wife will have me skinned and turned into a hat. Every now and again they sing in chorus:

They stop there and pretend to sob with grief. I try to put my paws over my ears, but the manacles make it impossible, and I cannot keep those nasty little voices out. They sing a second verse.

Poooooor Harry the cat,
They’re going to squash him flat,
And tuuuurn him into a hat,
Splat splat splat!

They think they are funny.

But they are not.

How my friends in St Petersburg will sob, when they hear of my fate. How my admirers in Warsaw will wail! I would not be surprised if many of them stop eating and fade away, from sheer grief.

Perhaps they will make little speeches. ‘Life is not worth living without Harry-le-beau!’ Or, ‘Farewell, cruel world. How can I bear to continue, when the bravest, handsomest cat in all creation is gone?’

I am repeating these comforting words to myself when I hear footsteps. It is the gaoler, a bony, colourless fellow who reeks of seal meat and rotting fish. (I could grow fond of him if he were not keeping me here against my will.)

The vampire mice vanish. The gaoler sets down his lantern and takes a bunch of keys from his belt, eyeing me warily all the while.

‘Don’t you try nothing,’ he mumbles, as he unlocks the cell door. ‘They reckon you’m a fool, but you don’t look like no fool to me.’

My hopes rise. Despite the coarse exterior, this is clearly a perceptive man.

‘My good stinking fellow,’ I say, blinking in the lantern light, ‘I have been imprisoned on false pretences. If you help me escape, your name will go down in history as the man who saved Harry-le-beau.’

‘Mmmph,’ he grunts. I am not sure whether he understood me or not. Like myself, he is a man of few words.

But then he bends down and removes the manacles from my front legs. He is setting me free!

‘Oh, delightfully smelly gaoler,’ I cry, ‘your actions speak louder than a thousand words. You may be a simple colonial, but you have a noble heart.’

‘Mmmph,’ he says again. I turn around so he can free my hind legs, but instead he picks me up, along with the manacles and his lantern, and carries me off down a narrow corridor.

‘Aha,’ I murmur. ‘You are almost as subtle as I, dear pungent colonial. This way, people will believe I am still a prisoner, right up until the moment when you take me to the gate and whip my shackles off. I salute your cunning!’

The cells beside mine are full of men who groan and curse as we pass them, but the gaoler takes no notice. He is full of pride – I can see it in the way he walks, and in his noble silence. And who would not be proud, to be carrying Harry-le-beau to freedom?

‘Careful now, my reeking friend,’ I say, as we step out into the yard. ‘I do not want you to get into trouble on my behalf. Perhaps you should pretend you are delivering me to a punishment of some sort.’

So few humans understand me. But this simple creature immediately veers towards an odd contraption at the far end of the yard. It is like a long wheel, with prisoners climbing the steps as it turns, and guards watching to make sure they do not stop. Such a foolish punishment, but typically human. No cat of any sense would ever agree to walk in the same place for hours.

‘It is close to the gate, which is good,’ I murmur to my deliverer. ‘Put me down nearby and remove my hind shackles. I will dash past the gate before the guards know I am on the move.’

His impassive face is a marvel. Even now, so close to freeing me, he gives nothing away to his fellow humans. So devious! So feline!

I experience a rare moment of guilt. ‘I will bite you if you wish,’ I whisper, ‘so they will think you have been overcome. I would not like you to get into trouble on my behalf.’

And here we are at last, right at the foot of the giant wheel. One of the guards turns his head. ‘What’ve we got here?’ he says. ‘Oooh, it’s the stone cold killer what murdered the governor’s chickens – then fell asleep at the scene of the crime.’ He guffaws, and pretends to shrink away from me. ‘Ooooh, I’m that scared!’

The other two guards laugh and shake their heads. My friend the gaoler says nothing. Instead, he bends to unfasten my shackles.

This is it. I am ready to dash for freedom – after swiping at the mocking guard on my way past. He will suffer for his insolence. They will all suffer, all except my friend the gaoler.

But wait. He has unfastened the shackles – and before I can run he snaps lighter ones in their place! Now he is placing me on the wheel, as if I were a common criminal! 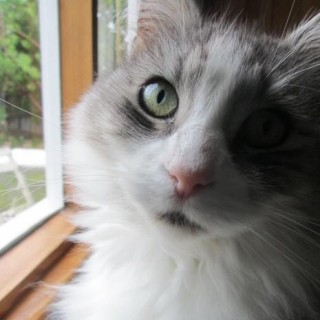